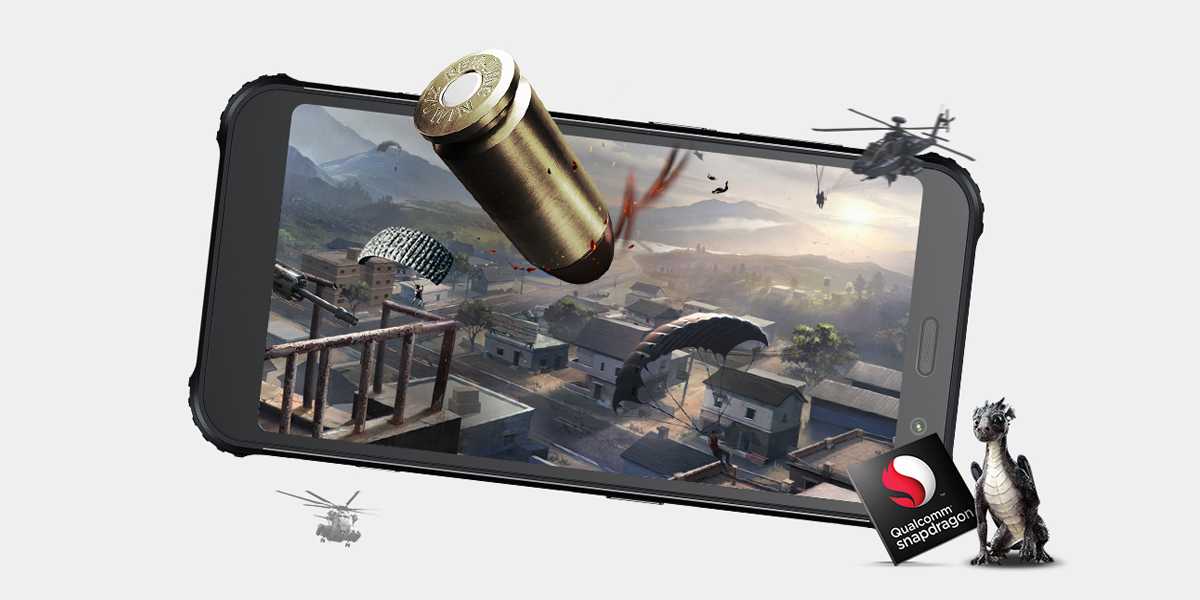 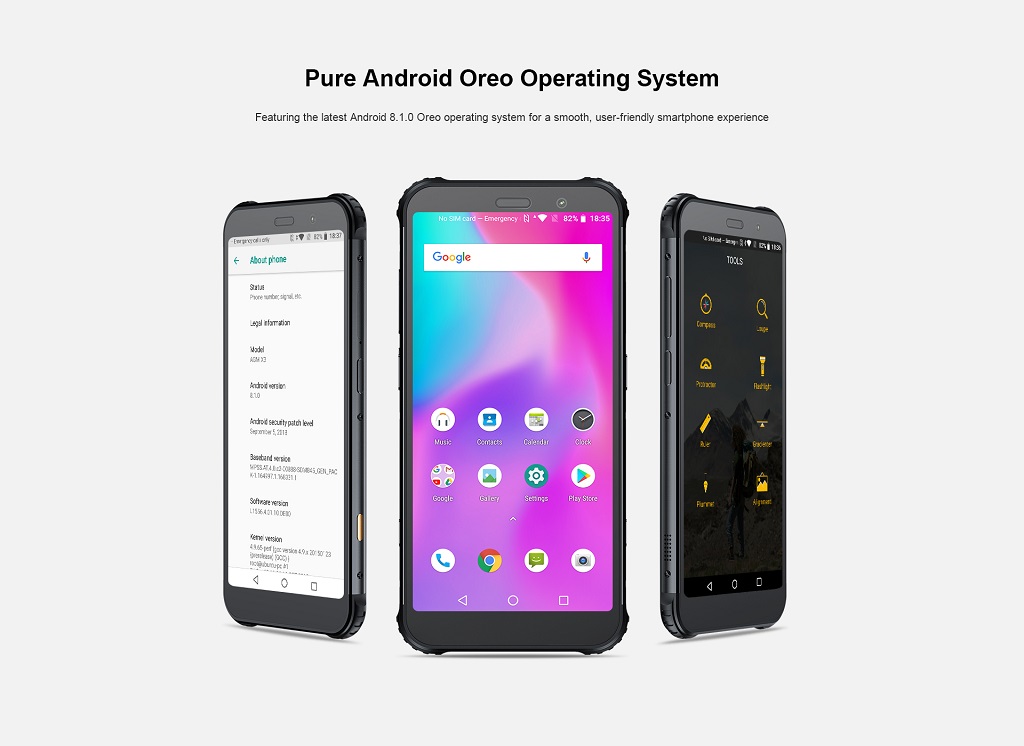 After the success of AGM X1 & AGM X2, they decided to bring their third flagship device AGM X3. Its predecessors gained a lot of hype among the rugged phone lovers that they were very optimistic about AGM X3 & AGM company didn’t make them disappointed at all.  piscing elit. Ut elit tellus, luctus nec ullamcorper mattis, pulvinar dapibus leo. 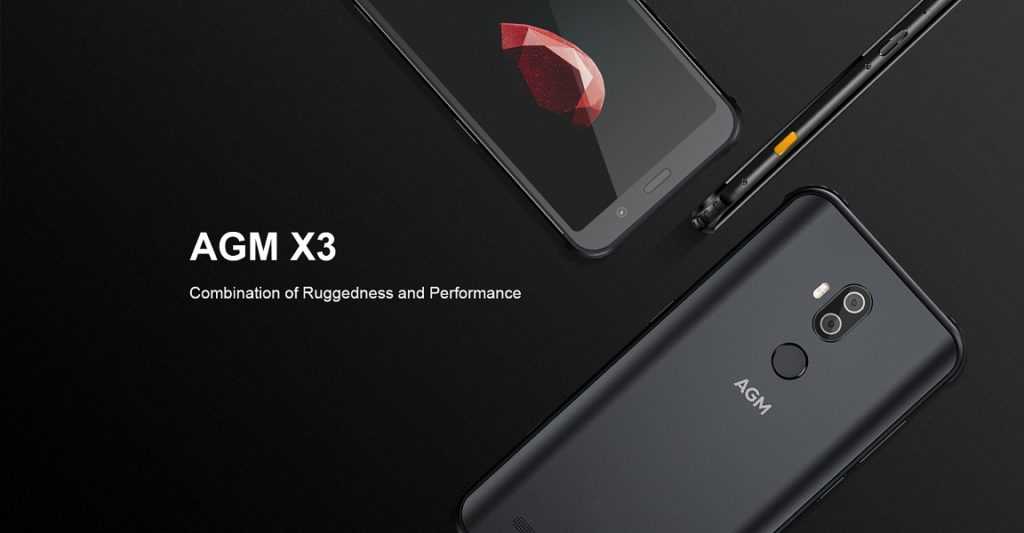 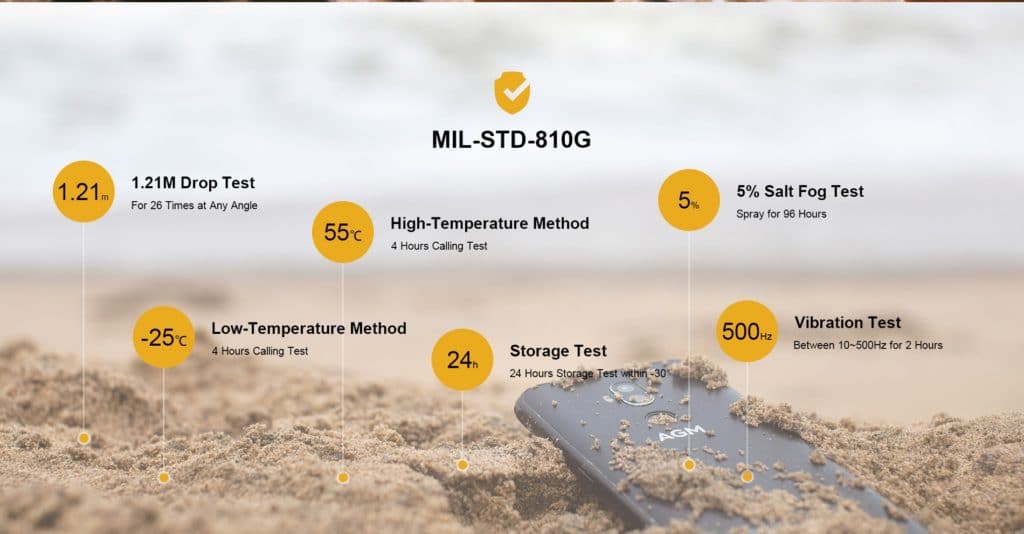 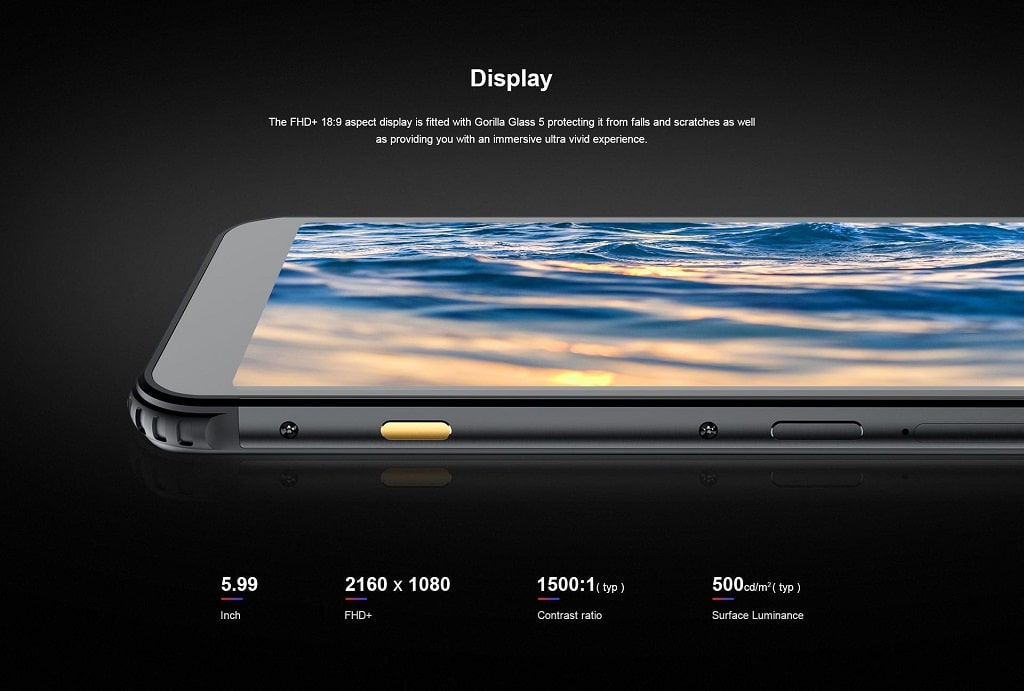 It is protected with Corning Gorilla Glass 5 which keeps it safe from any type of falls or scratches. Its contrast ratio is 1500:1 & surface luminance is 1500 cd/m2 which offers you a fabulous vivid experience.

According to the claim of AGM, its AGM X3 rugged phone is IP68 certified after being tested according to MIL-STD 810G standard. In spite of being a rugged phone, it is one of the lightest as well as slimmest 6 inch devices which is simply amazing. 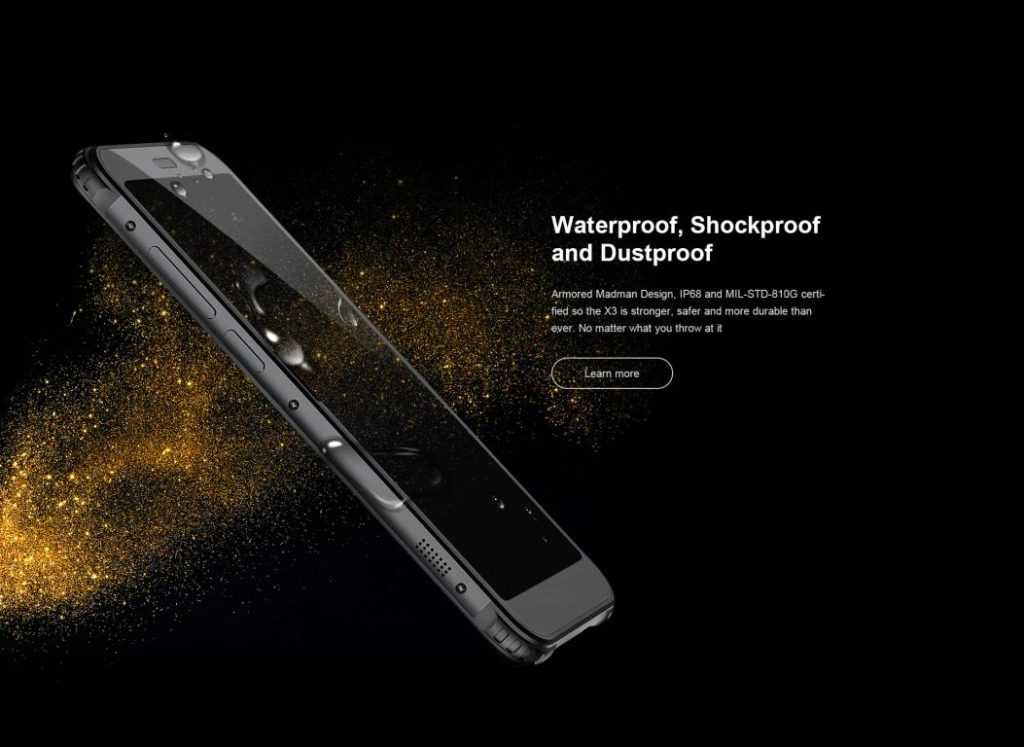 AGM has used both rubber & metal to protect the AGM X3 device. Its rounded edges are protected by rubber & the rest of the body part is made of metal to mitigate the impact of any unwanted fall. 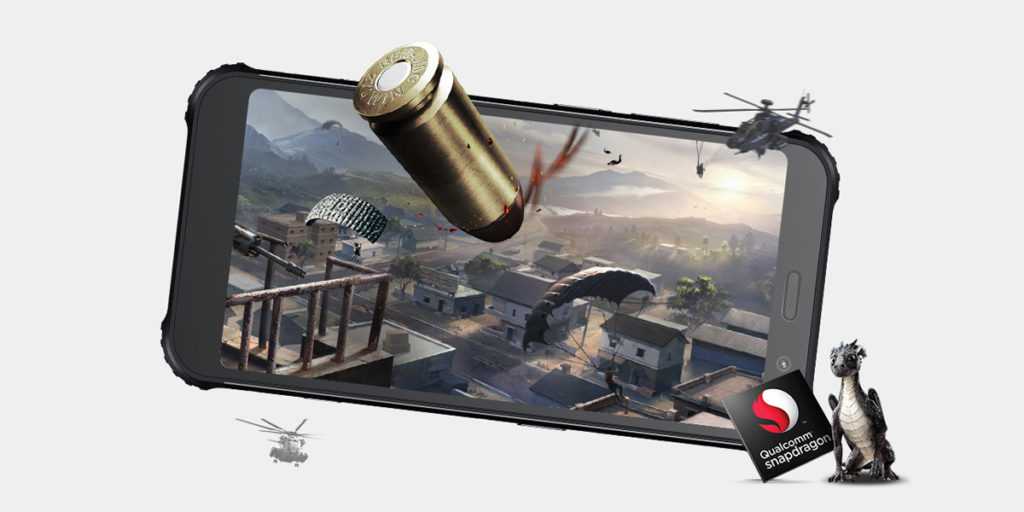 The microphone holes & the USB Type-C connectors are located at the top & bottom edges of the phone. There is a Google Assistant button & a volume rocker button on the left side & dual sim tray, power button & a dedicated camera button can be found at the right side of the phone. 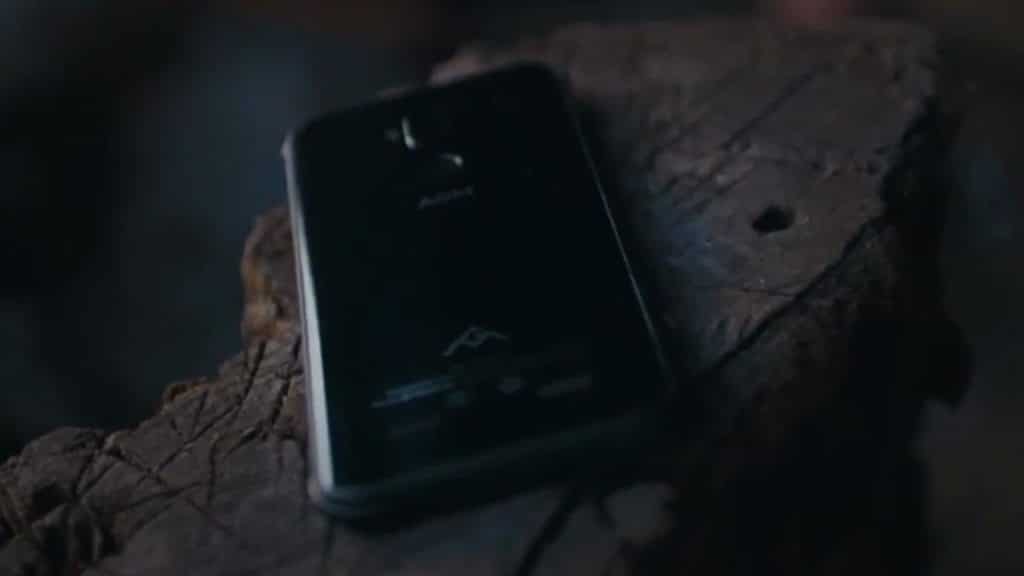 Unlike the rugged phones, AGM X3 is also enriched with different special rugged phone features. It is a drop-resistant phone which remains unaffected even if it is fallen from 1.21m height for 26 times at any angle. Because of being IP68 certified, it can survive at a temperature from -20°C to 50°C. So even if you work in a place under severe condition, you don’t have to be worried. 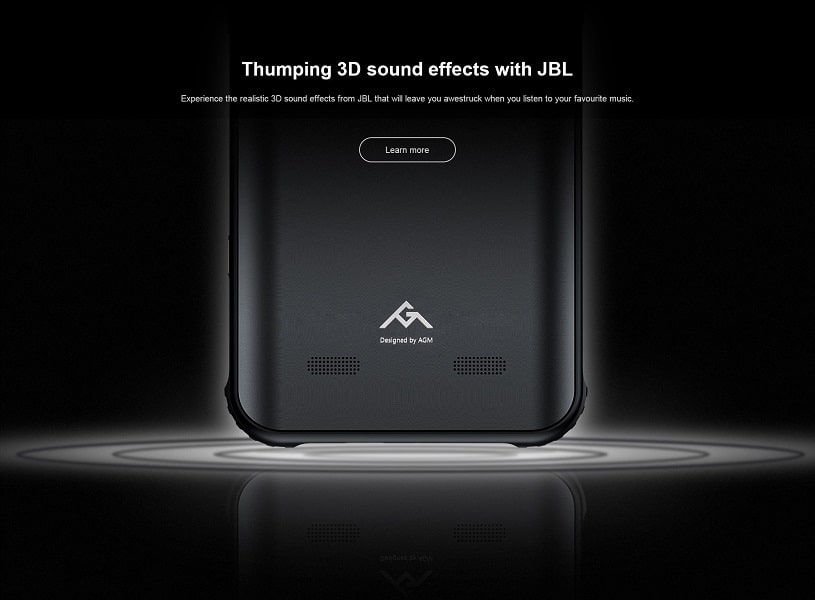 In case you have to stay in a very low temperature environment, you have the “Glove Mode” feature in your AGM X3 phone. It helps you to continue using your phone just by using a pair of 1.5mm gloves. 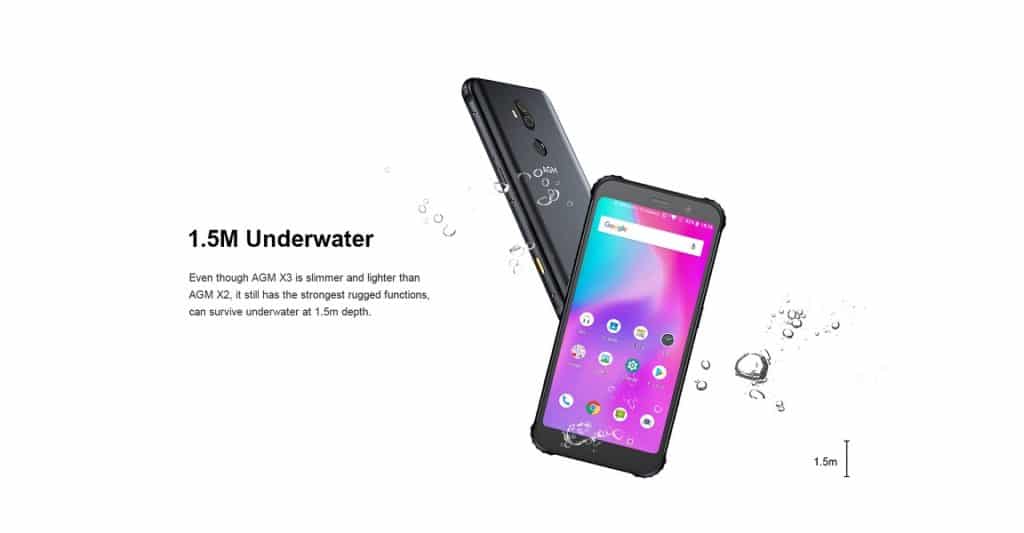 It is a water-resistant phone too. Even if it is kept underwater at 1.5m depth, it doesn’t face any problem to work. Additionally, it has passed 24 hours storage test within -30oC & it successfully passed the vibration test too by taking 10-500 Hz for about 2 hours.

Rugged phone manufacturers normally concentrate more on developing robust phones than camera phones. However, this is not the case of AGM X3. Dual rear camera setup has been featured in the phone which are 12MP & 24MP respectively.

Because of its f/1.8 aperture & 1.28μm large pixel size, it can capture amazing sharp photos. It has also Dual-PD function & portrait mode option which can give you perfectly optimized photos. 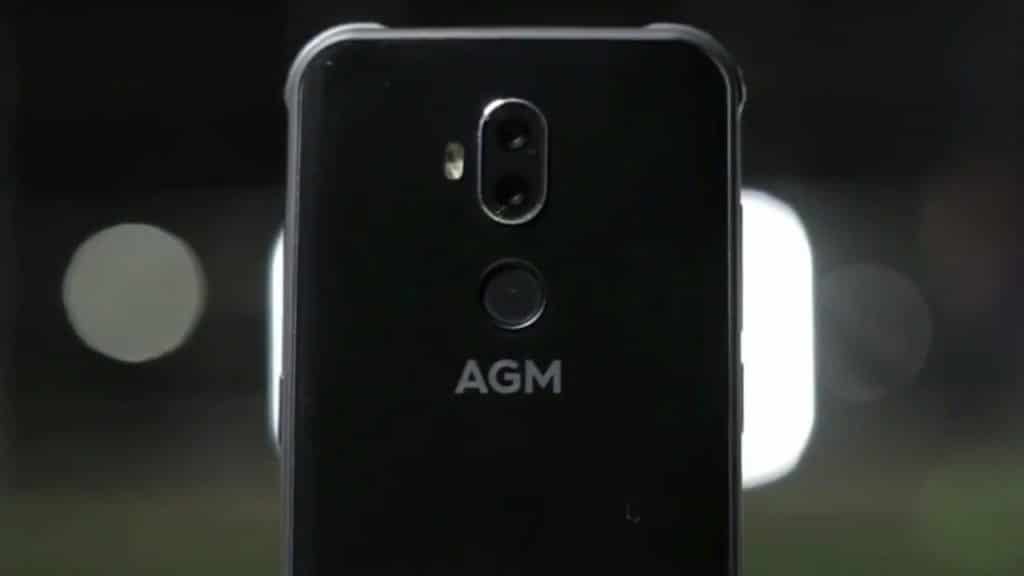 It also comes with Al scene detection which helps you to capture more focused & realistic photos by collaborating high resolution & automatic dual pixel focus. Dual LED flashlight has been attached to it to capture decent photos even under low light environment. 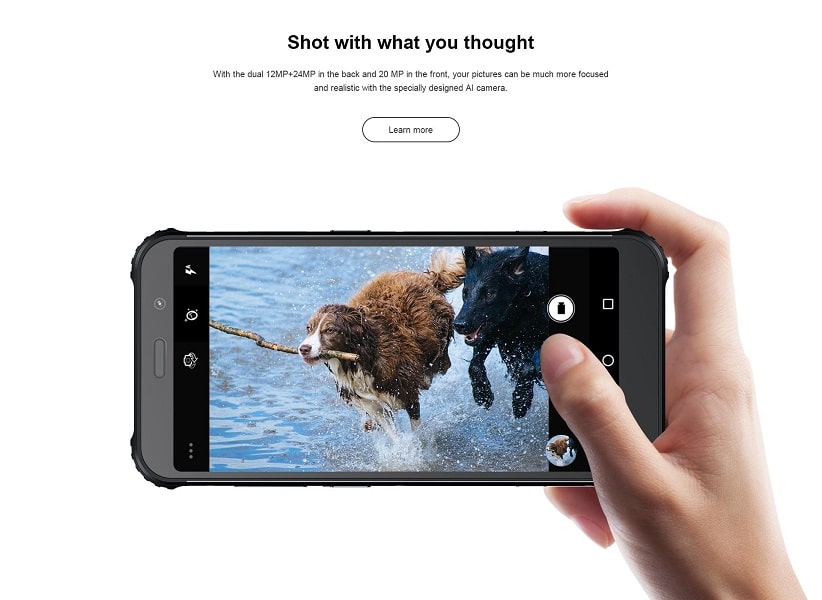 There is also a 20MP front camera having f/2.2 aperture in the camera for the users who love to snap selfies. If you want to frame your memorable moments in camera, you can capture amazing selfies using the front camera.

Regarding the performance of AGM X3, it is much more advanced than its competitors in the rugged phone market. It is equipped with insanely fast Qualcomm Snapdragon 845 processor having Octa-core Kryo 385 CPU & Adreno 630 GPU. It increases the performance of AGM X3 by 30% & minimizes the power consumption by 10%. Such a top-notch software section provides you an ultimate fast user experience.

The performance is backed by 8GB of RAM & 128GB of ROM which is expandable up to 256GB by inserting a microSD card. 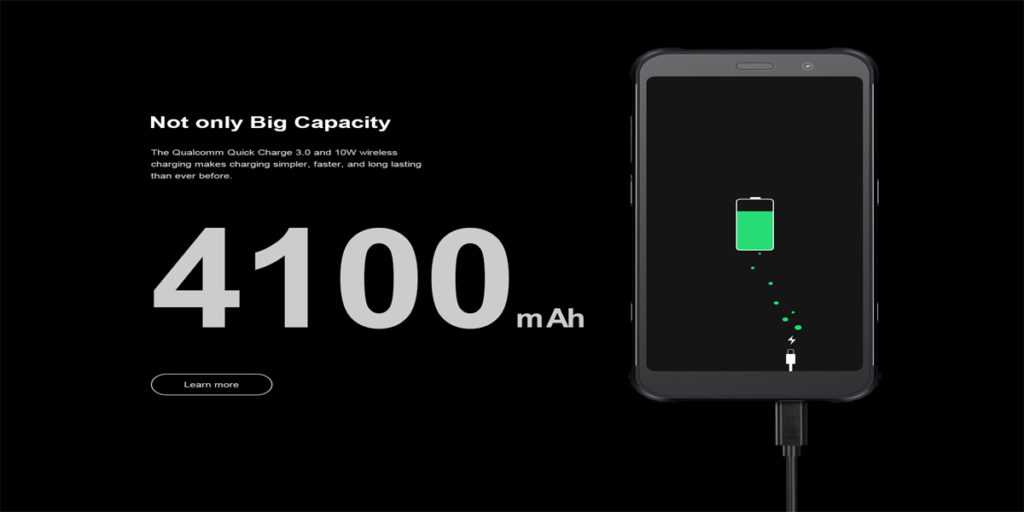 A powerful 4100 mAh battery has been provided with AGM X3 which can be charged by a 10W wireless charging option. It is well supported by quick charging 3.0 to get it charged up to 100% within approximately 2 hours.

AGM X3 runs on latest Android 8.1.0 Oreo operating system which can deliver you a user-friendly lag-free experience. The apps run smoothly without any major lags while doing multi-task. 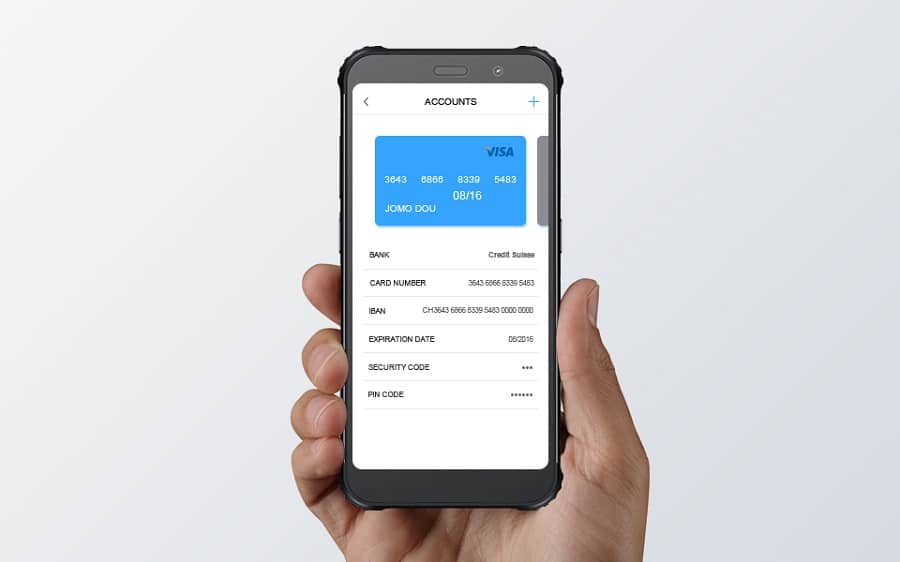 AGM is conscious about providing sufficient security to its users. That’s why they have kept both fingerprint scanner & face unlock options for the users. 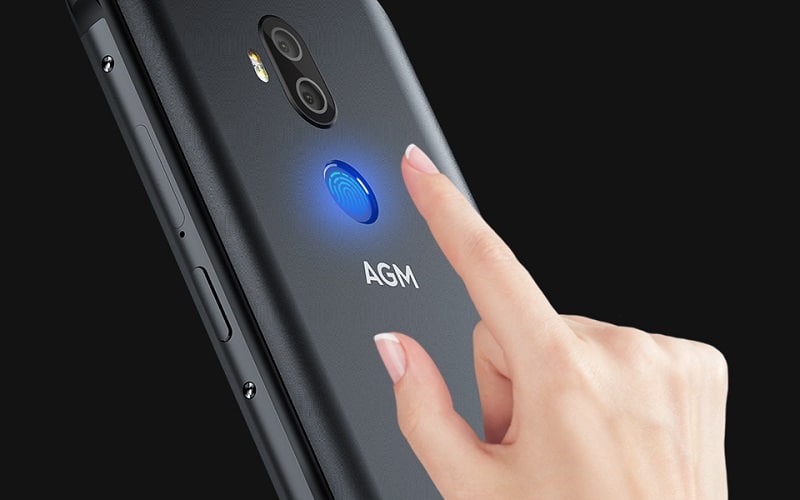 By tapping your finger on the fingerprint scanner placed at the back of the phone, you can easily unlock your phone which is pretty convenient. Apart from this option, you can also use Face unlock option which can recognize your face even in a relatively lit environment.

AGM has made a partnership with JBL to issue them JBL’s “Golden Ear” tuner which offers you a crystal clear stereo sound experience by enabling smart voice technology & the sound can reach up to 98db.
It has also modern NFC technology by using which you can complete the payment from your different money exchange cards through your AGM X3 phone.

Various environment sensors are also featured in the phone which can detect temperature, humidity & air pressure to make you aware of the weather any time. 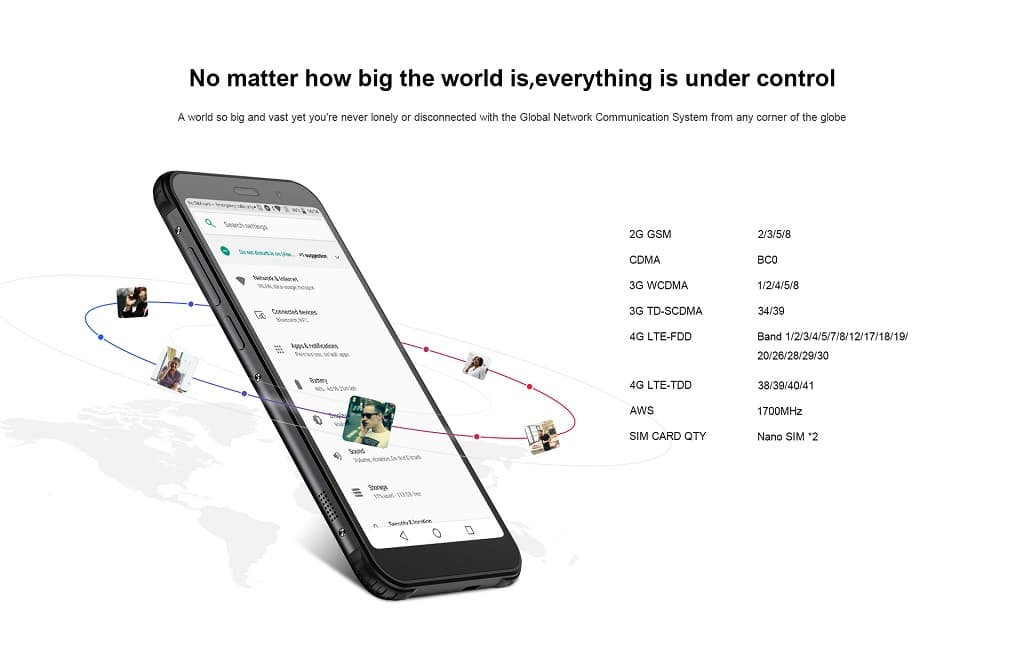 AGM X3 is one of the best rugged phones ever produced for the rugged phone users. There is hardly any competitor of it in the market which can beat it in case of overall specifications.

It is completely an all-rounder. So if you are a rugged phone lover & don’t bother about spending money on your phone, it is the perfect pick for you.